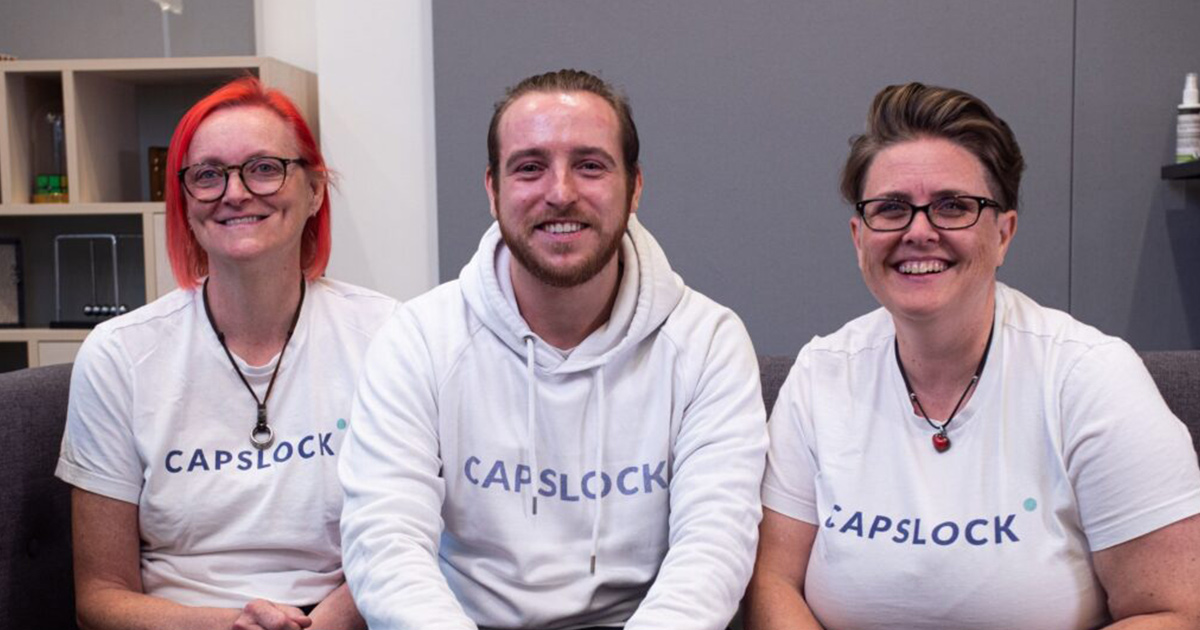 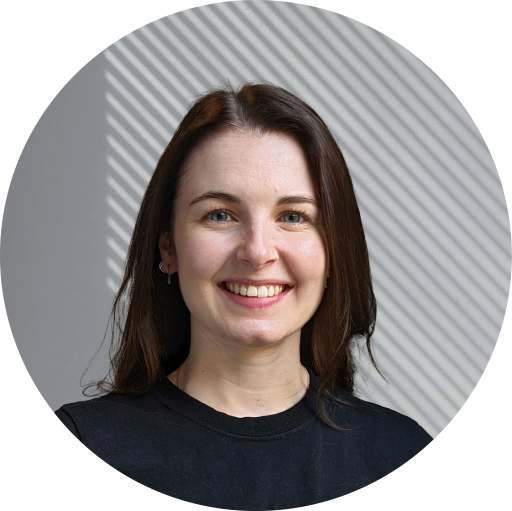 Read any report, article or LinkedIn thread about female experiences in the workplace, and you’ll see meetings mentioned as a particular bugbear. Being talked over, patronised, or straight-up ignored in meetings are all daily occurrences for many women.

Perhaps naively, it was hoped that the more equitable platform of virtual meetings would remove or at least lessen some of these grievances. But according to one mixed-founder team in Manchester, this is not the case…

On the 18th July 2021, the three co-founders of a cyber security start-up attended a Zoom meeting with a prospective supplier. Dr. Andrea Cullen, Lorna Armitage and Jonathan Slater collectively run CAPSLOCK: a cyber security education organisation that was recently named the most innovative cyber SME of 2021 by The Department for Digital, Culture, Media and Sport.

For the most part, the meeting was business as usual. Unfortunately, “business as usual” in this context meant that the supplier directed all questions and discussions towards Jonathan, whilst Lorna and Andrea were largely ignored. In fact, Jonathan’s name was said by the other meeting attendees fourteen times in the brief thirty minute call. Lorna’s name? Mentioned once. Andrea’s name was not mentioned at all.

How do the team know this? Because, inspired by the meeting in question and the many similar meetings which had preceded it, the three co-founders had begun to keep a running total of the number of times their names were mentioned by external meeting attendees. The results so far, if not surprising, are certainly bleak.

The record covers the eighteen most recent meetings the team has attended with external parties. Lorna has been addressed a total of 16 times. Andrea, only 11 times. Jonathan’s name, meanwhile, has been said 117 times in total… and counting.

The trio revealed that this habit of meeting attendees speaking almost exclusively to CAPSLOCK’s male co-founder has been happening since they founded the company. Gallingly, it once even occurred in an internal board meeting. Despite Lorna chairing the entire meeting, her name count was still a measly two to Jonathan’s fifteen.

Speaking about the record, which has been internally dubbed “The Tally”, Andrea said:

“As the co-founders of CAPSLOCK, we attend and host a huge number of meetings, with potential investors, B2B contacts, suppliers, and more. We have found, despite all having the same title in the business, that time and again the vast majority of all discussions and questions are explicitly directed to Jonathan.

So, we decided to begin recording how many times people said our names in meetings, to show just how bad it was. The results are staggering, and proved to us a fact which we already knew: 90% of the time, people act like Jonathan is “the boss”. There hasn’t been a single meeting to date where either myself or Lorna have been addressed more frequently than Jonathan, despite many of those meetings being more pertinent to our areas expertise than his.

During the first five meetings we monitored with the tally, neither myself nor Lorna were addressed once, whilst Jonathan’s name was said 39 times in total.”

At this point, it’s worth reiterating that all three of them carry the title of ‘Co-founder’, so it’s not as if Jonathan is a more senior member of staff. In terms of cyber security expertise, Lorna and Andrea have been working in cyber for longer than Jonathan has been alive.

Both Lorna and Andrea have worked as senior cyber security academics and consultants at the highest level. Together, they designed and delivered the cyber security master’s degree at the University of Bradford, and have advised the government about cyber security issues.

And yet, when it comes to business meetings, that might as well count for nought. At the very least, you would think that the designation of ‘Dr.’ preceding Andrea’s name might inspire a few extra mentions, but the tally shows she is consistently the least frequently addressed founder.

Speaking about the infamous tally, Lorna said: “Quite frankly, it makes me feel invisible, disrespected and unworthy. I have achieved a lot in my career, as has Andrea, but it never seems to be enough to merit equal recognition with our male co-founder.

We always introduce ourselves at the start of meetings, so people are aware that, as well as being co-founders and running the business, Andrea and I lead on curriculum development and delivery. Witnessing Jonathan receive questions about the learning methodologies we use, or why we chose the certifications we include, is getting pretty tiring… to put it mildly!”

Jonathan’s perspective echoes that of his female co-founders: “Whenever I get asked a question which should clearly have been addressed to Andrea or Lorna, I always make a point of deferring to them instead. Even then, sometimes related follow-up questions are still directed to me, and once again I defer to Lorna or Andrea.

It has happened so frequently, and in so many different kinds of meetings, that it cannot be anything other than internalised misogyny and unconscious (or conscious) bias. It is all too often assumed that I run the show simply because I am a man.”

To make matters worse, the team have revealed that the constant assumption that Jonathan is in charge extends beyond virtual meeting rooms. Follow-up emails after meetings where all three co-founders were in attendance often begin with: “Dear Jonathan,” and do not address the two female co-founders.

Often, when people first make contact with CAPSLOCK from a business perspective, they view Jonathan as the key person to speak to. This greatly confuses the team, as CAPSLOCK have made a conscious effort to show the three founding members as equals.

Their website and social media presence reflects this, and has even focused more on Lorna and Andrea recently, after they both received nominations for the Women in IT Awards and attended the Female Founders’ Trade Mission, run by The British Consulate in New York and the Department for International Trade.

The team’s bleak revelation comes in the wake of equally grim new stories about women in the workplace, like how female-led startups in the US received just 2.3% of all venture capital funding in 2020.

In their day-to-day roles, the whole CAPSLOCK team are tackling one of the UK cyber sector’s biggest issues: the skills gap. They aim to remove as many academic, demographic and financial barriers to their training courses as possible, to allow a diverse range of adults to re-skill in cyber security. In a rather nice contrast to the snubs Lorna and Andrea receive, currently CAPSLOCK’s three highest-earning graduates are women.

As well as covering things like ethical hacking, cyber governance and cloud security, the CAPSLOCK curriculum also covers how to overcome imposter syndrome in the work environment.

“Myself and Andrea are frequently ignored and made to feel like imposters in meetings, and we don’t want any of our learners, and especially female learners, to ever feel like that. We’re trying to make the CAPSLOCK curriculum and culture as holistic, supportive and equitable as possible, so that our learners develop the confidence and self-assuredness to know that they have what it takes to work in cyber security,” said Lorna.

So, what now? The team has decided to make the results of their tally public in this article because they want to raise awareness of women being ignored and undervalued in meetings.

“The change has to come from the top,” says Dr. Cullen. “As long as women don’t have an equal voice in these meetings, there won’t be adequate change to the status quo. By coming forward with our findings, we’re hoping to start a few important conversations around this subject. Hopefully, it will encourage people to think twice when addressing mixed-founder teams, and question whether unconscious biases might be causing them to assume the male co-founders are in charge.”

As well as encouraging change from the top, the CAPSLOCK team are keen to increase diversity in cyber at the ground level. Their inclusive attitude to admissions has led to sector-leading diversity, with roughly 40% of their learners being female, and 35% being from ethnic minority backgrounds.

These learners, who are going on to land jobs with the likes of Dyson, ITV and Hargreaves Lansdown, are the future of cyber security. It is hoped that their diversity of gender, ethnicity, neurodivergence and life experience will ultimately make the cyber industry a more equitable place to work. 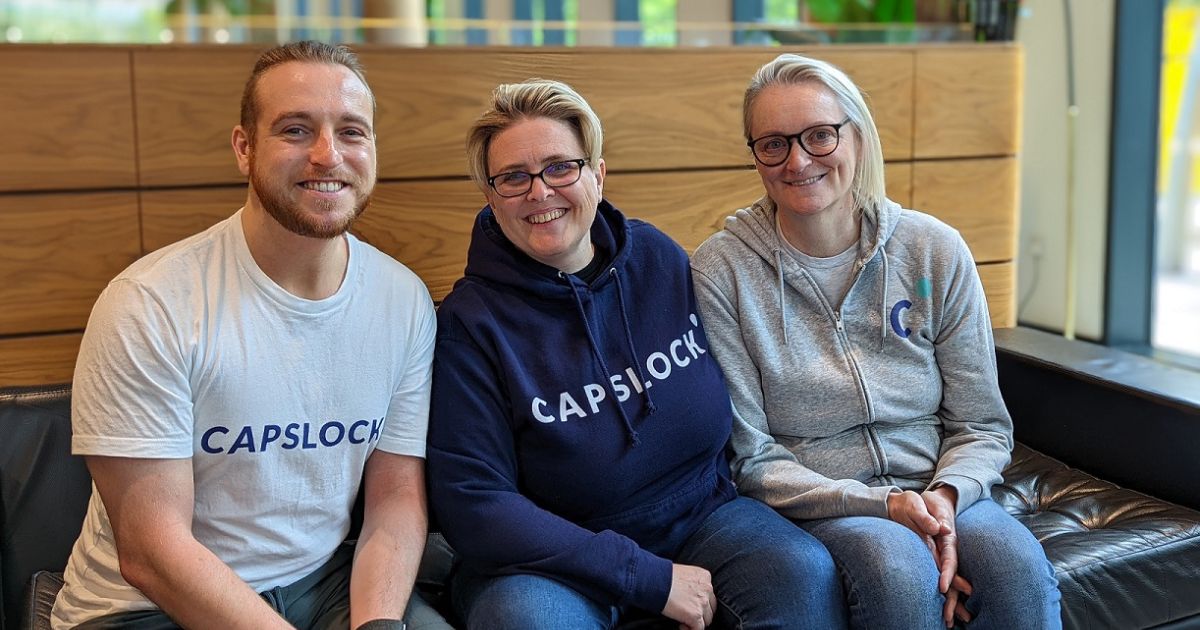 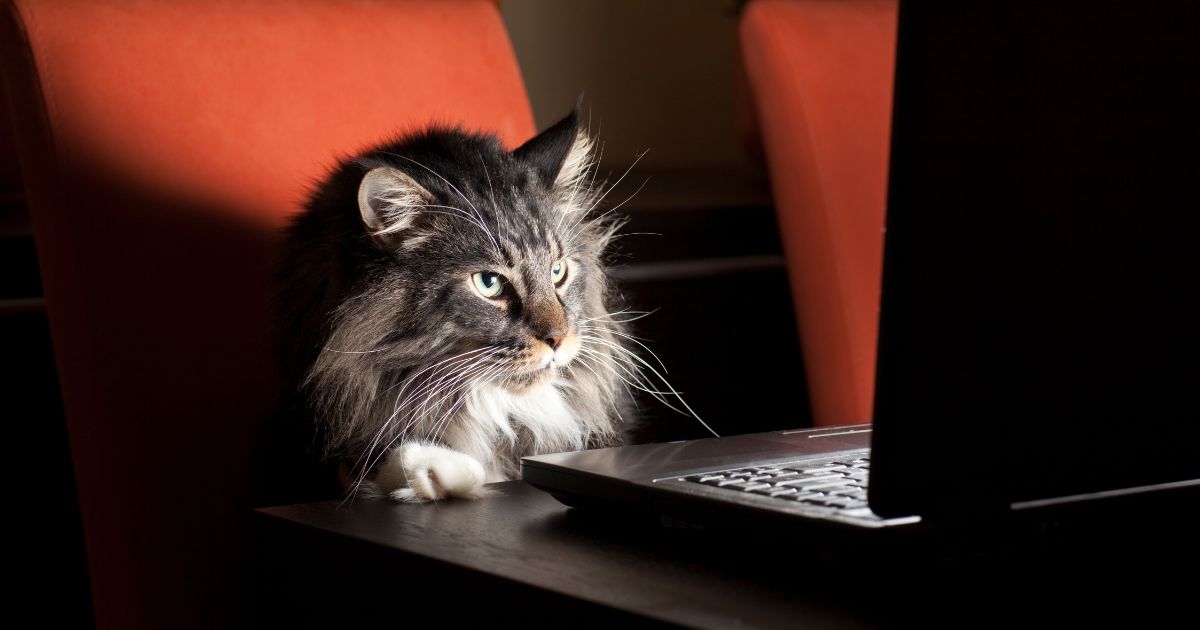 Learner Posts
Lifelong Learning - CAPSLOCK was so good, even the cat joined in! 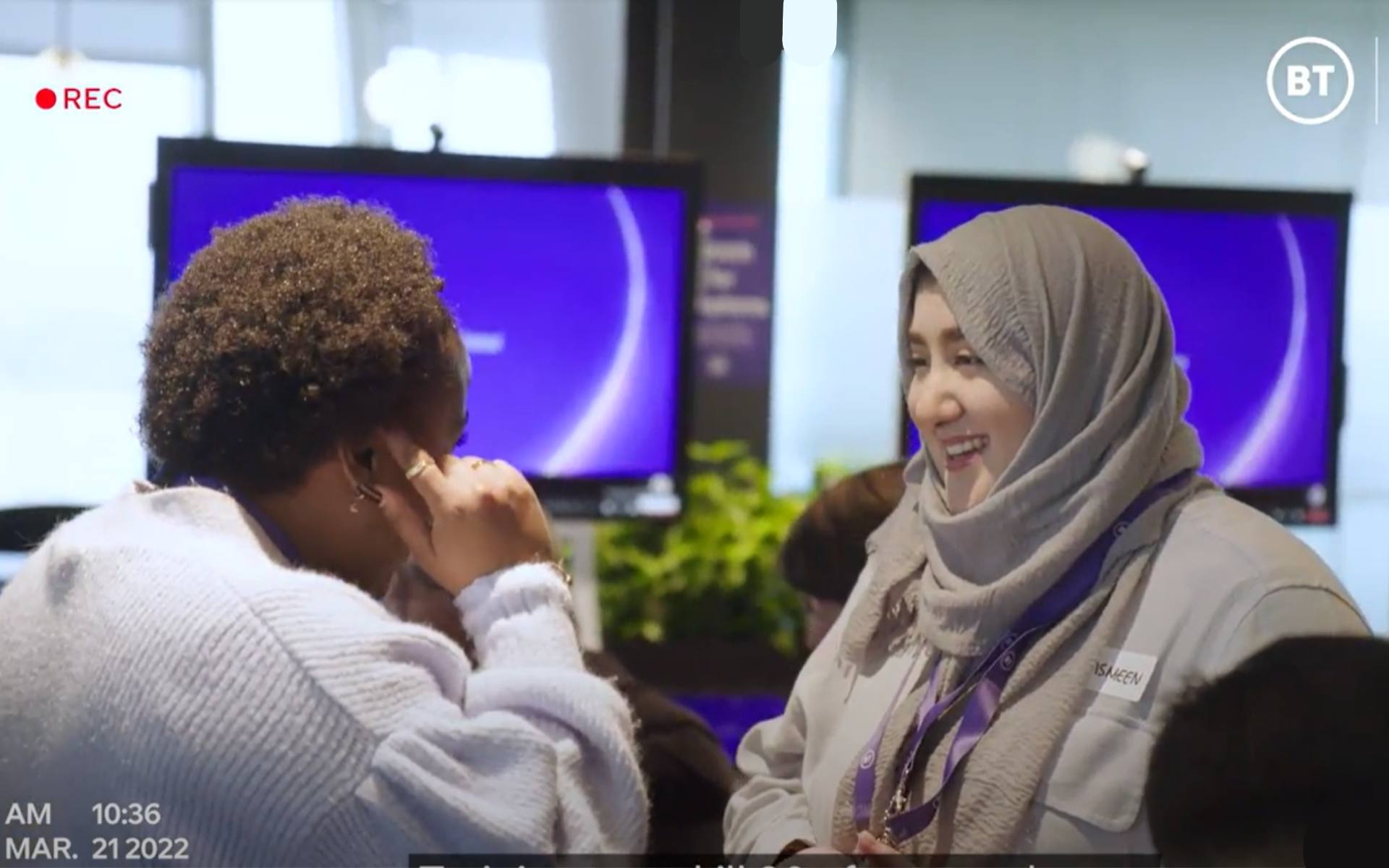 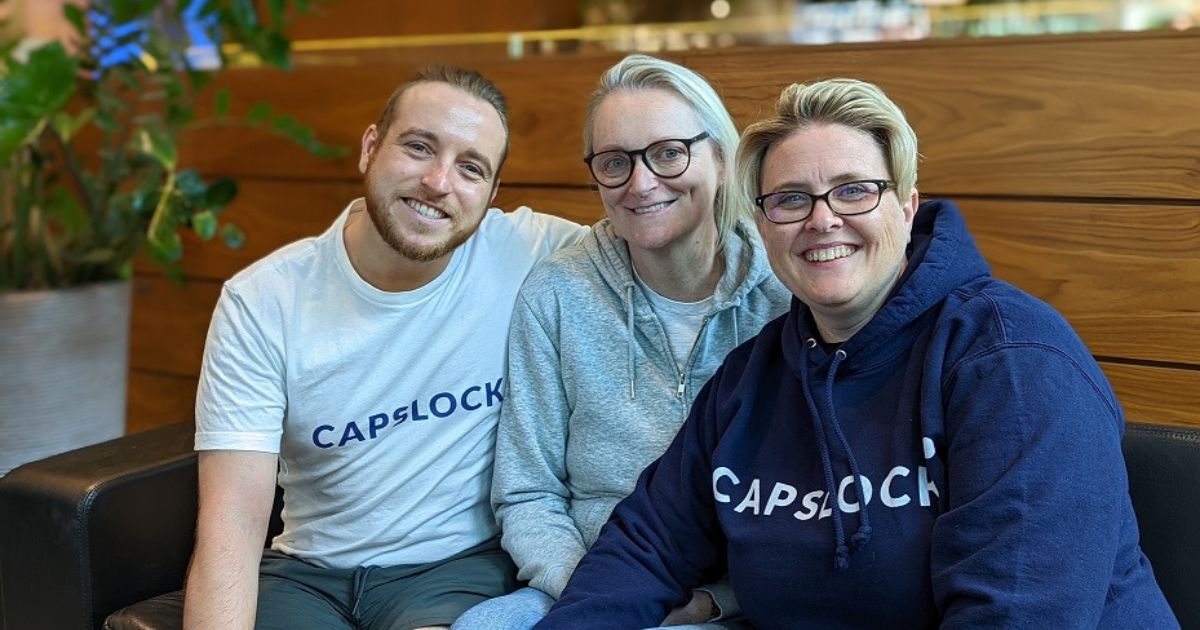 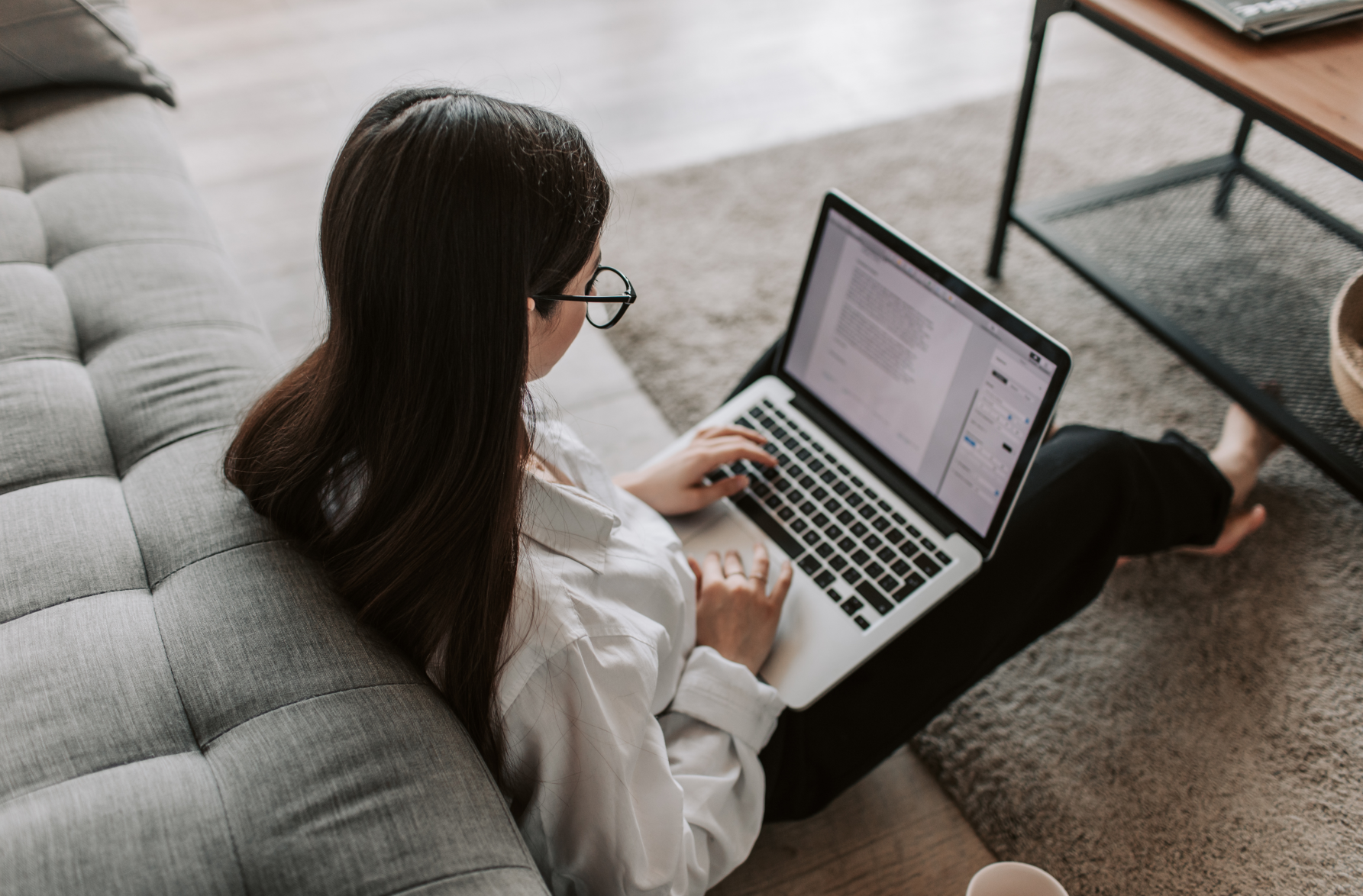